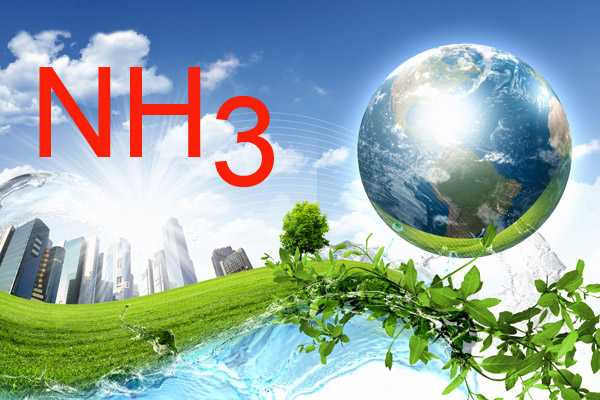 Ammonia is expected to play an important role in renewable energy production. It can be used directly as a fuel in internal combustion engines or is utilized to produce electricity via fuel cells.  It can fuel cars, trains, ships, industrial engines and gas turbines. Ammonia acts as a hydrogen carrier, containing more energy than liquid hydrogen per volume, and is easier to transport and store. Hydrogen is an excellent fuel as only water is formed after combustion, so unlike fossil energy, there is no CO2 emission. As a consequence there is a need for NH3 analysis from high percentage level to low ppb level. The University of Delft The Netherland,  faculty of applied science, chemical engineering department, and GAS developed a method for low level ammonia detection based on GC-PDD (Pulsed Discharge Detector). 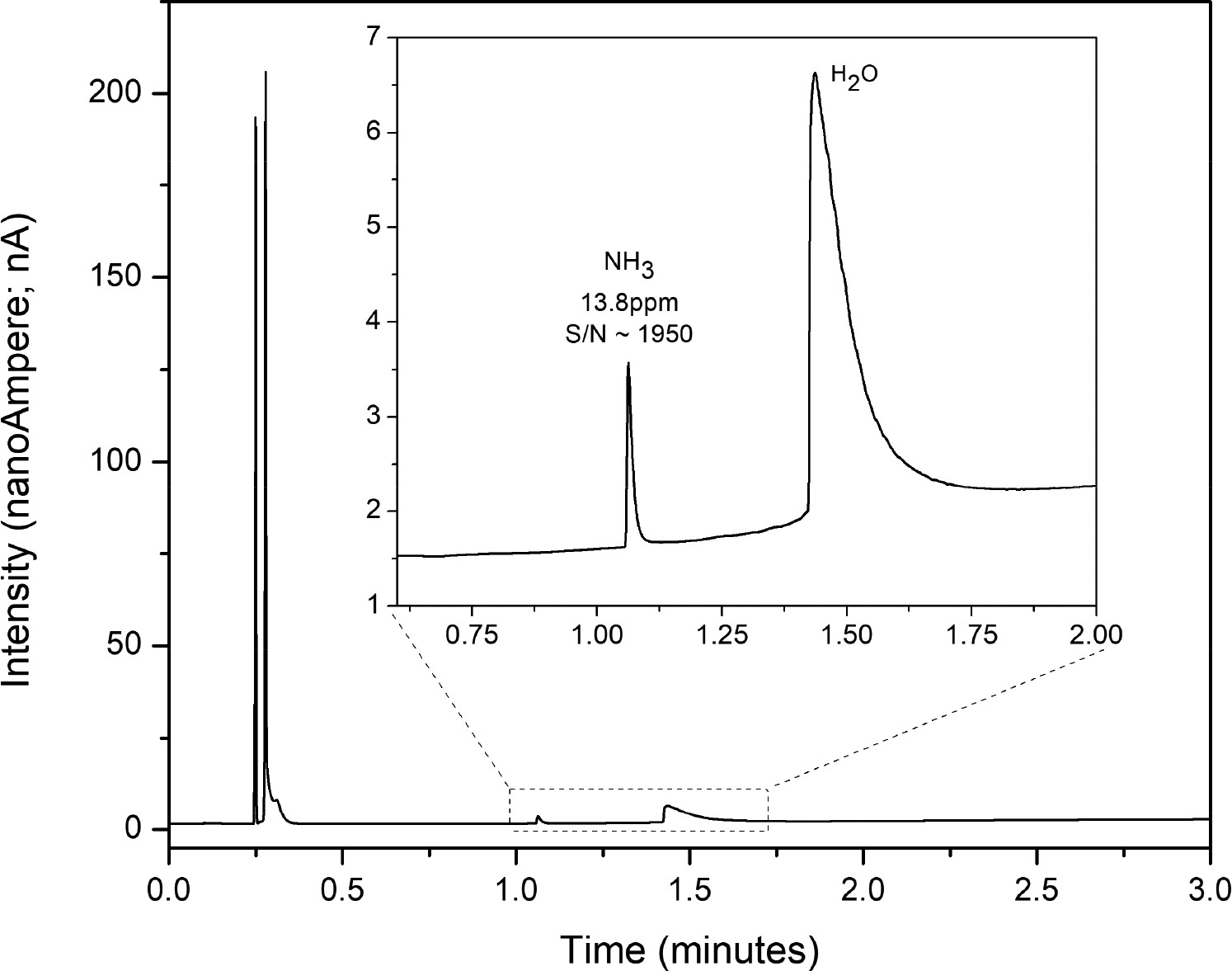 The shown chromatogram demonstrates the analysis of 13.8 ppm ammonia. Further dilution proved a lower limit of detection down to < 100 ppb. Note the excellent peak shape and good separation from water. 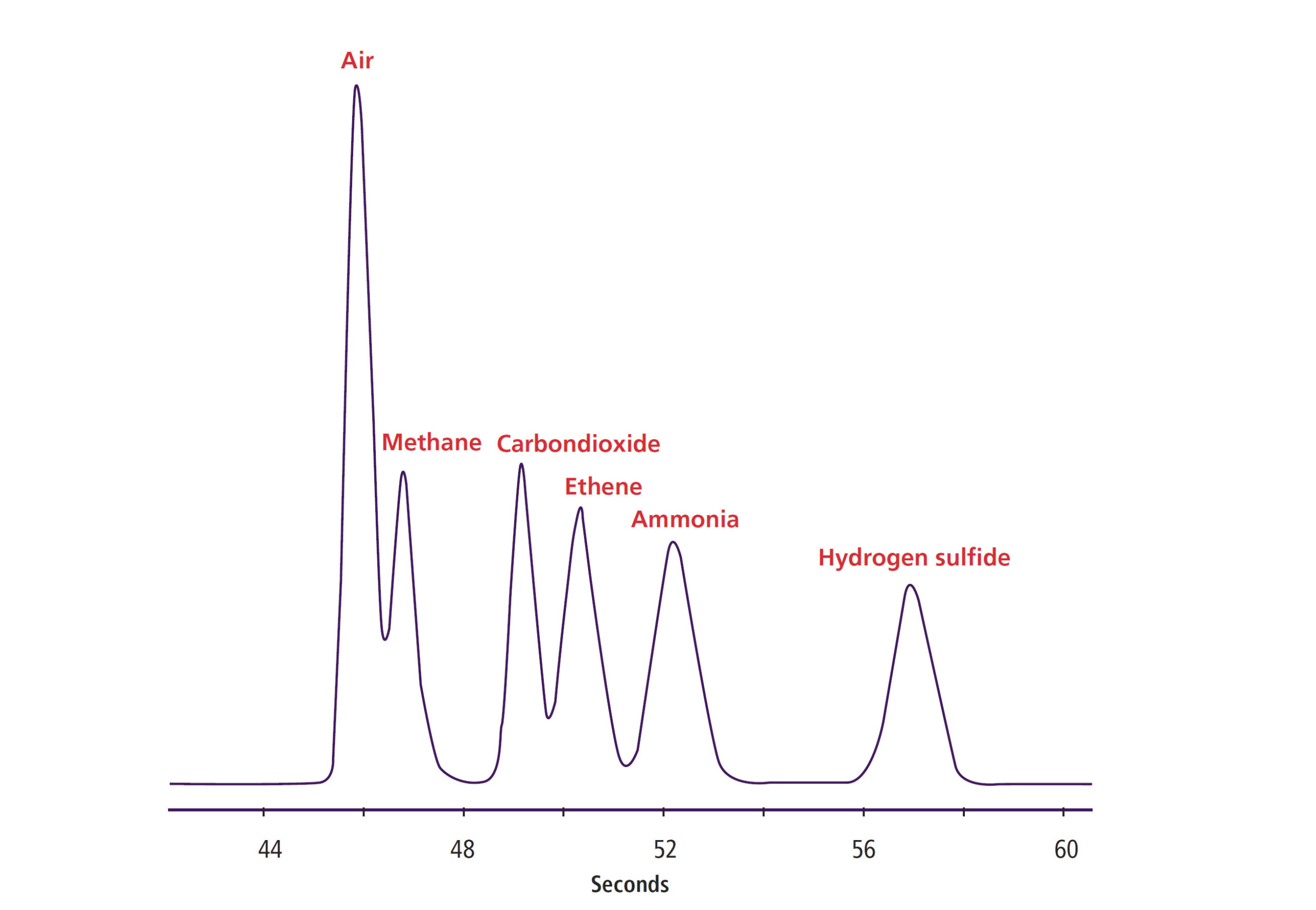 Due to the aggressive property of ammonia, detection of ammonia at high % level is challenging for the lifetime of the analyser. MicroGC’s based on MEMS technology are not suitable for this purpose. GAS CompactGC4.0  is a microGC based on proven GC technology with rigid injectors and detectors. Reliable analysis of high level ammonia is provided. The chromatogram shows 10% NH3. Note that high % H2S is also analysed.

Renewable energy is playing an increasingly important role worldwide. The GAS ammonia analyser offers accurate low and high level analysis of ammonia. Renewable energy is the backbone of a sustainable, CO2­-free energy sector, and thus a key technology for achieving decarbonization by the year 2100. Its share in global power generation is growing daily. GAS offers a range of solutions for analysis on catalysis and CO2 reduction, including ammonia and hydrogen fuel purity analyser.

Mass Spectrometer detection can be used as an alternative to PDD, offering simultaneous detection at ppb level of other component groups. We are happy to inform you about the options we provide. The ammonia analyser is just one example of what we have to offer.

How can we help you to improve your business?

At GAS we are happy to assist you in choosing the right testing and analysing equipment for your company. Feel free to contact us to learn more about our products and additional services. You can find more information on our dealer page or call +31(0)765 411 800.